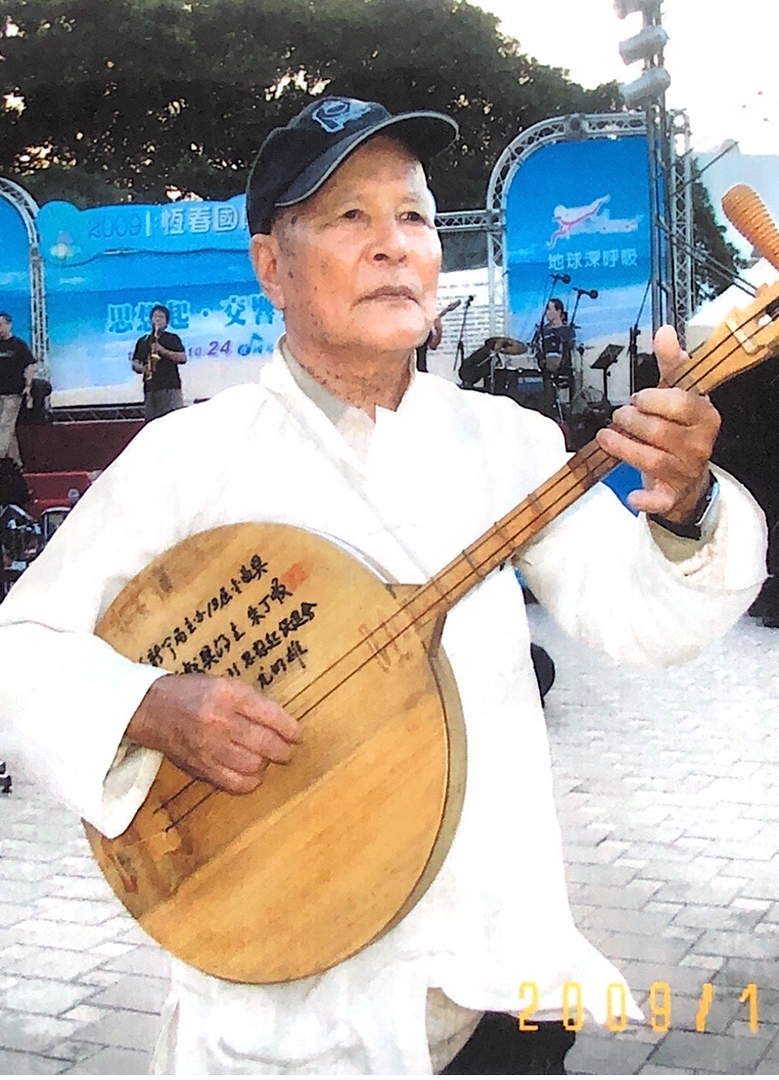 CHU Ting-Shun (1928-2012) was a Hengchun folk singer and preserver of traditional performing arts. Raised in a family with financial difficulty, he strove for livelihood as a part-time worker for long years and underwent vicissitudes in life. The diverse working experiences allowed him to learn various folk singing styles. He forged a unique vocal style by refining and internalizing the joy and sorrow of life. He was repeatedly elected as a director of the Hengchun Folk Promotion Association since its foundation in 1989. He was also a major preserver of traditional performing arts of Hengchun folk songs, a role with increasing relevance since the recognition of Hengchun folk music as an intangible cultural asset by the Pingtung County Government in 2008. In addition to being an active performer, he carried on with folk music instruction, promotion, and recording. Devoted to folk music as his lifelong vocation, he was honored with numerous major awards, including two awards in the Traditional Arts and Music category of the Golden Melody Awards: Best Vocal Award (2003) and Special Contribution Award (2008), as well as the National Art Awards for the 100th Anniversary of the People’s Republic of China. Moreover, in 2012, he was recognized by the Ministry of Culture as a “living national treasure”: an important preserver of the traditional performing art of Hengchun folk songs.